Power To The People

Crowdfunder.co.uk, Sponduly.co.uk, Sponsume.co.uk, and WeFund.co.uk are just some of the leading UK Crowdfunding sites being used by many creative businesses to fund exciting projects and involve their users, customers and fans in their growth. More and more of our London’s artists and entrepreneurs are using this platform to support their projects. London Calling spoke to London restaurateurs Isaac Mchale of The Young Turks, Daniel Willis & Johnny Smith of The Clove Club about their upcoming crowd funding project St Vibes and London artist John Lee Bird who is using www.Sponsume.co.uk to fund his next exhibition. We also look at one of Crowdfunding’s major success stories  Escape the City which used Crowdcube.com earlier this year to grow their London based start up into a global business.


Three people synonymous with innovative dining in London are Mc Hale, Willis and Smith. Since starting their culinary journey, they have collaborated with restaurants including The Ledbury, St. John Bread & Wine and Bistroteque and are currently enjoying boundless high praise for their extended pop up restaurant "Upstairs at The Ten Bells". As the Ten Bells venture goes from strength to strength, plans are already in place for a new permanent restaurant in Shoreditch Town Hall. Renaming their company St Vibes, their aim is to raise £250,000 via CrowdCube offering investors a 25% stake in their new business. We chatted to one of the team, Daniel Willis about the project.

Daniel Willis: "St. Vibes Ltd is our new company set up by Chef Isaac McHale, myself and Johnny Smith. We set it up to open and operate a brand new restaurant and bar in Shoreditch Town Hall London.  We plan to raise £250,000 for a 25% share in the company to fund the project which is set to open in October 2012.We chose this way to fund the project simply because we wanted to attract like minded people to become Shareholders and it seemed like a very innovative and logical way to fund the project.  It gives our friends, family, regulars and business professionals a chance to become part of it.Essentially there will be two bands of investment £1,000 - £4,000 and £5,000 plus, each with differing levels of “rewards”.  The share offer is on a private web page, so you will need to register to view the whole 'pitch'.
We’ve come a long way from our first collaboration at “The Clove Club" since then we have undertaken bigger and more ambitious events, slowly building an every increasing number of fans, regulars, accolades and press.  This culminated in the Young Turks residency at The Ten Bells which was named one of London’s best new restaurants 2011 by Fay Maschler. We see Shoreditch Town Hall as the next step – it’s the perfect site for us to create a profitable business, a restaurant that is a world-class destination for food. We are looking forward to getting started.”
Support St Vibes on Crowdcube  HERE 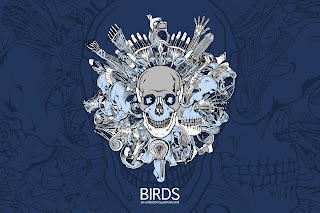 BIRDS is an exhibition by artist John Lee Bird. It will be staged at http://www.performancespace.org/ in London's Hackney Wick on Friday 12th and Saturday 13th October 2012 (with a private view for all sponsors on Thursday 11th October 6-10pm) The artist has chosen www.sponsume.co.uk as his crowd funding site.
John Lee Bird: “Well my basic decision to use Sponsume was out of necessity! Arts Council grants are so difficult this Olympic year and the last time I was in a spin for three months trying to re-word things that have no words into some other worldly form of text. So crowd funding enables me to react with my audience ahead of the show, which means I get to explain myself a bit more thoroughly than I would with just the general press release and tipsy private view chats!
It does create a whole minefield of panic when you have deadlines to meet for printing etc and you're left watching your target creep up slowly!
My current exhibition ‘Birds’ will feature 20 large paintings, 33 small paintings and 100 medical sculptures all exploring the urges we experience while attempting to get under the skin of a new love, the hidden places we desire to understand and unfold and by doing so, perhaps we discover more than we want to see.
I’m aiming to raise half the target money for the staging of the exhibition (venue hire, sound equipment, travel expenses for the art and performers). The other half of the money will contribute to the manufacture of special merchandise for the exhibition, sponsorship in the form of pre-ordering of these products will enable manufacture...and all sponsors get special extras too!  Each sponsor will receive a signed postcard and invitation to the special private view (with musical performances) on Thursday 11th October 2012.”

One of London’s greatest Crowdfunding success stories is that of website Escape the City which raised £600,000 pounds through the UK’s first equity crowdfunding platform Crowdcube.com this year. (That sum was the largest equity crowdfunding fundraise for an online start-up anywhere in the world)
Escape the City is a corporate-focused networking startup from London, set up to help professionals leave their existing unfulfilling city jobs and make exciting career transitions. It began as a humble newsletter written by Dom Jackman and Rob Symington back in 2009, but when its readership grew to 60,000 within a year, both of them realised it was time to quit their management consultancy jobs and develop the business. Escape the City has now a growing community of more than 70,000 people who want to escape from unrewarding corporate jobs and find new ones, start businesses, and go on big adventures and has over 1000 successful job placements.

Rob Symington: “Escape the City is all about helping people plan exciting career moves that fit not only their experience, but the future that they want for themselves. We are essentially building a forward-looking Linkedin. We needed funds to develop the business further and heard about crowdfunding  We felt it was a fantastic way to democratise start-up investment and the response from our investors was extremely positive. Within three days on Crowdcube we raised almost £200,000. Within a week we raised 90% of our £500k target. We hit £500,000 after 8 days. Over 386 invested. Due to high demand, we extended the target to £600,000 – with extra funds to be used as additional marketing and contingency against revenue forecasts. ”
Escape the City has opened an office in New York and has already signed a book deal inspired by its rousing manifesto
Find out more about Escape the City and it’s crowdfunding story  HERE
http://www.escapethecity.org
http://thecloveclub.com
http://youngturks.co
http://tenbells.com
Info from SMALL BUSINESS SUPPORT HERE