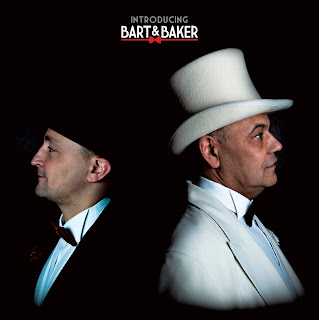 These French electro swing DJs will be getting you on your dancing feet at The Book Club!
Dressed in tuxedos and top hats, Parisian electro swing and vintage mash up DJs Bart&Baker certainly cut a dash. They are not the norm, by anyone’s standards and their homeland of France is certainly rather proud of these chic exports, christening them ‘The Godfathers of Electro Swing’. Bart&Baker only started to DJ professionally back in 2005; prior to that they had very different career paths but the love of music lured Bart from his marketing executive job and Baker from his medical profession. They haven’t looked back since.
The London club scene was quick to embrace their quirky Frenchness back in 2005 and they’ve been performing all over London since, including performances at Cirque du Cabaret in The Pigalle Club, White Mink Club, Love Box Festival 2010 and Bestival last year. This year they make a return visit to what they call their second favourite city, London (second only to their home town of course, Paris) and will perform at The Electric Swing Club at The Book Club. With lots of other DJ talent and some live performances, this internationally famous club night will create a unique fusion of Paris/London Swing.
We spoke to Bart about his particular style of production and taste in music: “We love reinvention, using elements that already exist like vintage music, performance styles and costume so we are able to please or uncover a love of swing with both vintage fans and modern kids. We’ve always been huge fans of London and it’s cutting edge club culture so to be accepted and given such support from so many people has just amazed us. We work with electro swing clubs, vintage themed burlesque clubs, the best of your festivals and it’s thanks to all our UK fans and collaborators for making our journey so exciting so far”.
Bart&Baker have released six mixed compilations on French music label Wagram since 2005, and to coincide with their London trip they have just released their first album of self produced tracks. Their recent collaboration for the album with founder of The Puppini Sisters, Marcella Puppini, resulted in a single Stop Googling Me which will be performed live with Marcella Puppini at The Book Club event.  Bart&Baker describe the song as a “feelgood mixture of Rock Steady & New Orleans sound blessed by some wonderful jazz vocals”.
Marcella Puppini says, ''The most delightful thing about Bart&Baker is that they are genuinely old school. Like Bertie Wooster, they know which hotel bar serves the best Martinis, and which club has the best swing dancers. I always look forward to spending time with them.” 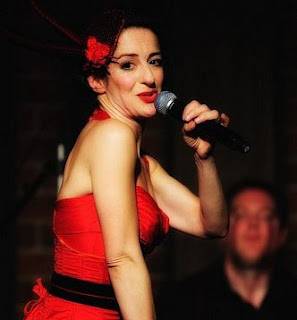 London Calling readers can listen to samples from the Album Introducing Bart&Baker (released on Vinyl and Digital).
Stephen Tuesday Weld aka DJ Clerkenwell Kid seen as the first electro swing specialist in the UK and also famous for some of today’s biggest film scores will be joining Bart&Baker on Saturday April 20th at The Electric Swing Club. The upstairs area will house the vintage music legends from Shellac Collective and More Auntie Maureen’s headphone disco. £5 after 8pm, £10 after 10pm
If you don’t make it to their party in The Book Club, and you find yourself in Paris some night, looking for ideas – Bart&Baker have their own monthly residency at the world-famed Parisian club La Machine du MOULIN ROUGE. See more about the vintage loving duo on their site.
Album download and all Bart&Baker music HERE
Read more at http://londoncalling.com/features/bart-baker-the-godfathers-of-electro-swing#jsd7QkoGOQJQRGxS.99
Email Post
Labels: Bart&Baker London Electro Swing Londoncalling.com Sara Colohan Whats on London