"Look at me. I am a useless dandy. I am almost bankrupt." 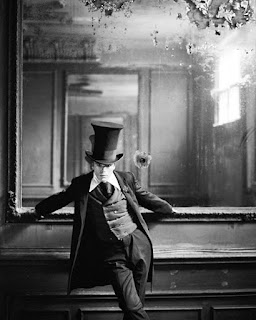 His writings and lifestyle choices have fascinated a world wide audience since he first gained the attention of the international art world in 2000. Sebastian Horsley, The Dandy of Soho was more than just a dashing dandy, more than a familiar novelty sighting in the dark streets of Soho; he was a complex charismatic life force with a flamboyant, morbid curiosity of the underworld, the vicinity in which he spent most of his time and money.
Fortunately, the legend of Sebastian Horsley still thrives through his many friends and fans and the various creative legacies he has left behind. Saturday 16th June launched this intimate exhibition of his works and personal effects in the perfectly suited Dickensian surrounds of The Last Tuesday Society HQ
His friend and curator of this upcoming reliquary Viktor Wynd described his existence as ‘living a life poised between Saville Row and Death Row, trying to find a balance between vanity and insanity.’ How fitting these were Sebastian Horsleys own words.

Like many talented and tormented people before him, he died from an accidental overdose in 2010 at the age of 47, an early death he inadvertently pre empted in his blog in January 2008. ‘It is January. Another fucking year. Look at me. I am a useless dandy. I am almost bankrupt. I will either commit suicide or die at the age of 45 because I will have said all there is to say …’
He unabashedly admitted to having enjoyed and endured more than his share of the world’s gratuitous highs and lows and famously said ‘I invested 90% of my substantial family fortune on prostitutes and gambling and the remaining 10% on class A drugs’. His now tranquil house on Soho’s Meard Street needlessly brandishes its notorious plaque: ‘This is not a brothel. There are no prostitutes at this address’. 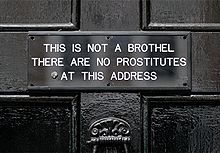 In an effort to capture the essence of this man most of us have never met, but so many of us remember, whether that memory is a faint sighting of his unmistakable figure through the streets of Soho or following his highly entertaining blog, this reliquary will display favoured items from his crackpot and ashtray, used syringes, salt shaker, his diary open on the day he died, the keys to his flat, his book of whores, a jaw & teeth from his collection of human skulls, the human arm he stole from St. Martins, a Comme des Garcons shoe, a pair of sunglasses & his Grow Your Own Hooker Kit.
Some of his paintings are also on view, together with suits, sculptures - including his powerful grid of human skulls, the video of his crucifixion (the only westerner ever to be crucified in the Philippines annual ritual 2000), press cuttings, pieces directly from his studio wall and the farewell notes pinned on his door after his death. It may surprise you that everything is for sale, ranging from £350 to £4,000

To celebrate the opening of the exhibition DJ Dickon Edwards played the music that Sebastian worshipped. "All art is failed music," he wrote in an article about his twelve favourite songs. "Music has saved more lives than the Samaritans and God put together. I would throw all the paintings that have ever been painted, all the books that have ever been written and all the films that have ever been filmed into the Atlantic Ocean for these twelve tracks."