Sara Colohan writes for Londoncalling.com on Vintage in London

The rise and rise of vintage London

It’s undeniable, our love of vintage style is apparent everywhere from our tastes in fashion, furniture and even our food. 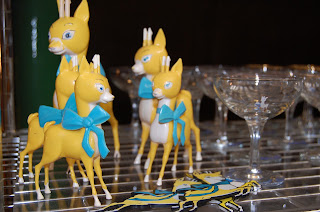 Retro chic is still evolving world wide and London is generally considered the most vibrant, active city for what is now a thriving global industry. Our love of vintage is not just in obvious hotspots like trend setting Shoreditch and Brick Lane (still seen as the unrivalled Mecca for vintage loving locals and tourists alike). Londoners’ love of vintage is far reaching with the biggest of our vintage markets held in Hammersmith , Spitalfields  and the world famous Portobello Market in West London. In fact, the London vintage scene currently boasts more vintage shops, retro café’s, Kilo sales, retro themed nightlife and vintage festivals than any other capital.

To look for our vintage roots we chatted to some of the individuals who have helped make London such a hot spot for world class vintage. Even with their guidance it’s hard to pinpoint when Londoners started to wear second hand clothes as high fashion (i.e. when the term ‘hand me downs’ became the more coveted ‘nearly new’) but ironically, in doing so they became world wide fashion zeitgeists for street and catwalk alike.

One of the biggest areas of growth is the surge in vintage fashion, furniture and kilo sales. Perhaps the most recognisable of these companies is Judy’s Affordable Vintage Fair founded in Leeds in 2005 by former Selfridge’s personal shopper and celebrity stylist Judy Berger.

“As a fashion graduate, I have always been big into vintage, but was never able to source it because of how expensive it used to be. I noticed a gap in the market to regenerate vintage stock, not least because I knew everyone else had started to realise that the mass produced items they were buying carried grave repercussions. I saw reusing vintage clothes was one solution to that problem.”

Almost immediately after the success of her first fair in Leeds in 2005, thirty two further cities followed suit and now Judy’s Vintage Fairs are proudly breathing new life into old markets and buildings that may otherwise remain closed. One of her most recent success stories is York Hall in Bethnal Green. Previously used for boxing matches and firmly shut on Sundays, it’s now a colourful thriving market almost monthly. Judy also hosts monthly events in Spitalfields market, on days when the market had previously been closed. Judy can also boast that she’s been asked to curate major vintage festivals including Vintage Nation and Wayne Hemmingway’s glorious Vintagefestival. Top it off with regular mentions in Elle, Vogue and London’s own Stylist magazine and Judy’s Vintage Fairs are a huge asset to the London scene. Not bad for someone who says she only started the business because she “never had anything to wear!”

The other great London approach to vintage selling is the permanent presence of Alfies Market. Alfies (formerly Jordan's department store) was opened in 1976 by Bernie Gray, owner of Grays Antiques of London. The arcade has a striking art deco façade, a rooftop café with huge sunny terrace and around 100 antique dealers trading under one roof. All of the resident dealers are experienced specialists covering everything from militaria, books, ceramics, fashion, dolls and art. There are about twenty additional independent shops along Church Street also trading in antiques, many of which actually started life in Alfies, making the Church Street area the largest antiques hub in the city. Alfies is actually the largest antiques arcade in the country!

London is well known for it’s vast collection of vintage fashion shops and the biggest growing of these is Beyond Retro. Canadian born Steven Bethell opened his first store in London in 2002 and it’s since grown into one of the world’s top vintage stores. Celebrating its tenth anniversary this month, Steven told us how it came about:

“I spent quite a while travelling around the world to collect the people and the product necessary to build Beyond Retro. I focused on London, and specifically East London as it seemed the natural home for what we were trying to express. Our Brick lane store was followed by our Soho outlet, then we digressed a bit to open Brighton in 2009, then Sweden and more recently, Russia. But we came back again to London and opened our Dalston store 2011. Londoners just seem to have a love of vintage like no other city.” 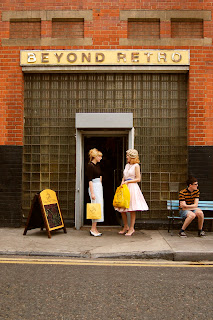 If you pass the Brick Lane store on any given day you may see a stream of hipsters hanging outside. It could be because their favourite bands either playing in store, or possibly just shopping there. Beyond Retro’s reputation as an innovative retailer with a rock 'n' roll heart has been its key to success. Less 1940’s and 50’s pieces, Beyond Retro is the definite leader in 1980’s and 1990’s vintage (yes folks, 1990’s is deemed vintage!) They stock a good range of inexpensive costumes and menswear.

Vivien of Holloway has been a very different kind of fashion influence on London’s vintage scene. Promising to ‘make the world a more glamorous place’ this retro loving lady has kept true to her word. From her shop, based on Holloway Road, Vivien told us she started buying and wearing vintage clothes when she was just a child and in her teens, realised that her passion was recreating the simple, timeless designs of the 1950’s. Originally sewing up replica style halter neck and traditional sarong dresses herself on her sewing machine, her business has grown to such a size that Vivien of Holloway is now the largest distributer of women’s reproduction vintage wear in the UK with a huge online world wide market. Her dresses are seen on the red carpet and TV alike including Christine Hendricks, Nigella Lawson and Charlotte Church.

London’s love of vintage fashion store-come-coffee shop is also on the rise with The Vintage Emporium on Bacon Street, just off Brick Lane as a fine example of an almost picture perfect Victorian tea house on the ground floor with their basement full of 1920’s and Victoriana clothing. It’s a must see at Christmas time in particular!

Blitz Department Store on Hanbury Street, also off Brick lane is the only vintage department store in Europe and houses vast aisles of vintage clothes, books and furniture with a great lounging coffee bar area.

Drink Shop Do Caledonian Road, Kings Cross is another hive of vintage themed activity where everything is for sale from designer crafts, vintage tea sets, 1950's dressers and unusual tables and chairs, to hand-made cakes, ice creams, specialty teas, kitsch finger sandwiches, bottled beers and cocktails, all neatly tucked away in a Victorian Bathhouse, two minutes from Kings Cross Station.

Soho still hosts plenty of vintage gems with Soho Secret Tea Room aptly being the best kept secret among the vintage tea houses. Dedicated completely to serving stylish afternoon tea (with plenty of alcohol available for those looking for sterner stuff!) it’s situated on the first floor over traditional Soho boozer Coach and Horses (just opposite Soho House main entrance) As you ascend the windy stair case of this retro oasis, you’ll be met by glamorous styled waitresses ready to serve you a proper 1940’s cup of tea! Of course there are so many more places worthy of a mention including Bar Italia in Soho opened in 1949 and Paper Dress Vintage in Shoreditch which is a club, shop and café.

London can also be proud of its vintage themed beauty parlours like The Powderpuff Girls and dedicated retro hair salons including the newest addition Rockalily Cuts opening this month in Hoxton. You can take a vintage themed walking tour with Back in the day Walking Tours or maybe you fancy a vintage themed stylist/personal shopper to create your perfect makeover? www.vintagesecret.com/ is home to Naomi Thomson currently recognised as the UK’s premier vintage personal shopper. Style Me Vintage (the title of her first book!) is currently on sale too! 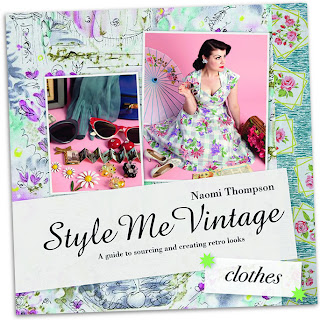 Hopefully we have shown some of what London has to offer the vintage lover with this brief slice of retro London life, but we realise we’re just scratching the surface! We didn’t mention swinging 60’s Carnaby Street, vintage cabaret shows including the current London Burlesque Games, London’s biggest swing dancing community Swing Patrol who are hosting the London Swing Festival in June or even the amazing 1930’s inspired Spiegel Tent set up on London’s Southbank hosting vintage inspired fringe theatre for the entire summer and beyond!

Perhaps it’s best to hand you over to some true aficionados, working tirelessly to keep you abreast of everything period and classic. The Vintage Guild to London is a vast online guide, sectioned by eras, steering you through a detailed ‘what’s on’ based on your chosen decade. This year they even host their own London Vintage Awards recognising and commending local businesses and their outstanding contributions to London vintage.

coathanger stylist in london said…
London has always led the world for example in terms of music, and whereas British music may be incredibly lacking in comparison to what it used to be. We still have got it going on in regards to fashion =)
July 13, 2012 at 10:31 AM